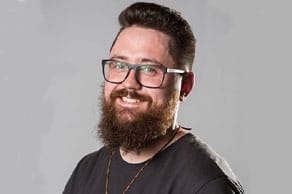 Benjamin Reddan is a cabinet furniture designer and maker, who works from his private studio, located in the Yarra Valley. He creates both unique bespoke and batch run pieces that are sold across Melbourne and interstate. Benjamin completed studies in Furniture Design at RMIT in 2009, and followed this by completing an intensive cabinet furniture making apprenticeship from 2010-2014.

Since then, has been running his own furniture design and fabrication business, trading under the name “Soul of Bespoke”. Benjamin prides himself on his attention to detail, which has stemmed from his philosophy that well-made woodwork is an art form with a soul, and every aspect of a piece, whether it’s a corner block, a hinge, or inlay, must be treated with respect.

Benjamin exhibits his work regularly. Highlighted work includes a Japanese tea set named “Essential Ocha”, winner of Best in Show Award and People’s Choice Award for the 2017 Double Take in Wood Exhibition. The most recent exhibit consists of four Japanese memory boxes, selected for Bungendore Wood Works Gallery’s 2018 Studio Furniture Exhibition.
Benjamin’s interest in wood crafting extends beyond the scope of cabinets and furniture. A recent focus has been art pieces on a smaller scale, including jewellery, boxes, and artwork. This gives Benjamin greater opportunity to develop complex patterns, and experiment with intricate detailing that can be often unnoticed in larger pieces.
Today, Benjamin’s main passion is the design and fabrication of his unique custom veneer inlay, which he utilises in his artwork, both large and small. This inlay veneer is inspired by Benjamin’s appreciation for the Japanese art form of Yosegi; the process of joining naturally coloured wood to create an original patterned thin veneer. Looking forward, Benjamin aims to further develop his skill and technique in Yosegi by creating increasingly complex patterned veneers and inlays to incorporate in his work. Benjamin draws inspiration from puzzles, 3D optical illusions, spirographs, origami, and architecture. 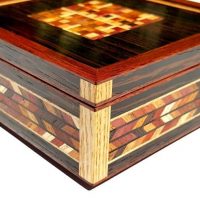 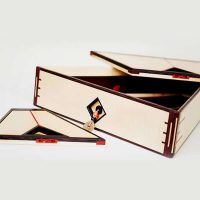 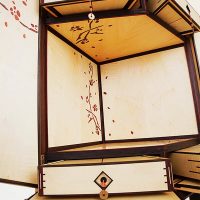 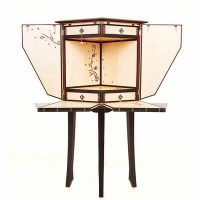 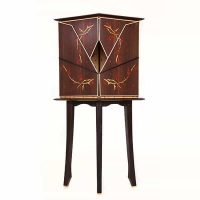 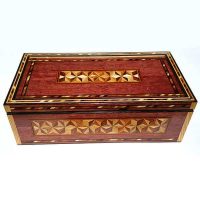 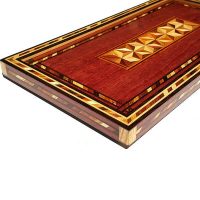 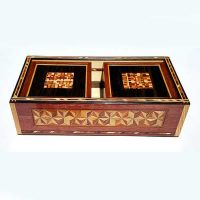