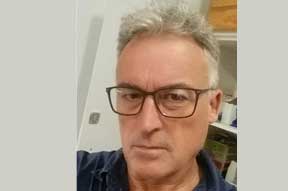 Jeff completed a traditional apprenticeship with an accompanying City and Guilds Advanced craft certificate in the early 1980s. Before emigrating to Australia in 1989 his cabinetmaking work had expanded to include antique restoration and polishing. By the mid-90s in Australia he had established his own business in the inner west of Sydney enjoying the design challenges offered in Sydney’s mix of traditional and modern architecture.
Although always continuing some workshop work, Jeff recently ended 15 years as a professional teacher. He completed a vocational education degree in 2003 and has been teaching trade, craft, and design skills to a wide range of learners. He passionately believes in the need for formal education with its sharing of knowledge, skills, and technologies for any industry to maintain the best quality design and production.
Amongst the very welcome machines and CNC technologies Jeff still employs handtool work as it is required and relishes those occasional hours with the plane or chisels. He also enjoys hand finishing and where it is appropriate uses hand applied oil, wax, and occasionally shellac based finishes.
He is now based in the city of Wollongong an hour south of Sydney and is engaged in a variety of furniture and teaching work. Beyond his newly made furniture items he maintains an interest in restoration including 20th century pieces. In a society generally too quick to total disposal, restoration or re-purposing is sustainability at its simplest. Familiarity with restoration and repair has influenced his own design striving to produce more easily repairable and re-usable items as the decades pass. 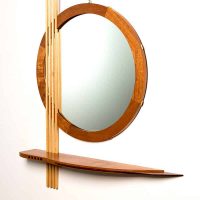 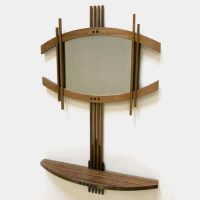 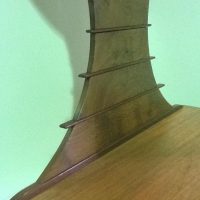 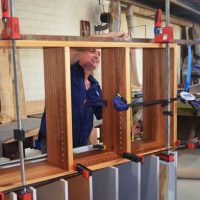 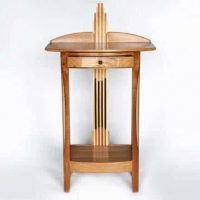 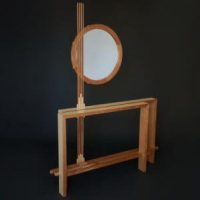 Hallstand and mirror as photographed at Bungendore gallery 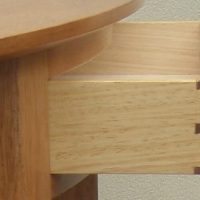 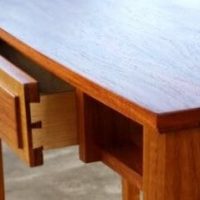 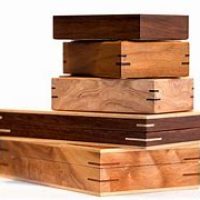 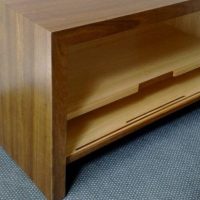 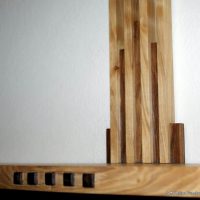 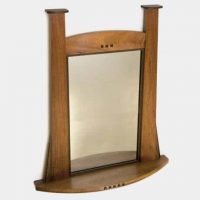